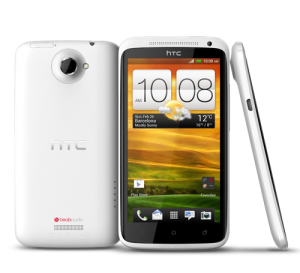 The iPhone 5 has recently been released. However, here are a few reasons why I still prefer my trusty Android phone.

While it may not have a fancy "Retina display," the HTC One X has a beautiful screen much more vivid than that of the iPhone. While the screen is less dense in pixels than the iPhone, it has more pixels (720 x 1280 vs the iPhone's 640 x 1136) and pixels are still very small.

The camera of the HTC One X is 1.3 megapixels whereas the iPhone's is 1.2. The One X also has a front-facing camera like the iPhone.

The One X uses micro USB, a very standard and common connector in mobile devices, making it easy to reuse cables for other things. The iPhone 5 has a new connector which is completely unique from any other.

Pressing the touch screen on the HTC One X provides haptic feedback. Basically, it feels like you're pressing buttons when you type. This feedback makes it feel a lot better to type or press buttons on the touch screen.

While it isn't the latest version of Android, Android 4.0 is still much better than iOS 6. It features widgets, typing via swiping, multitasking that lets you see your windows, and more. The Android OS is a lot more flexible and a lot better than the latest iOS which looks pretty much the same as the last version.