Achilles’ Sacrifices in The Iliad 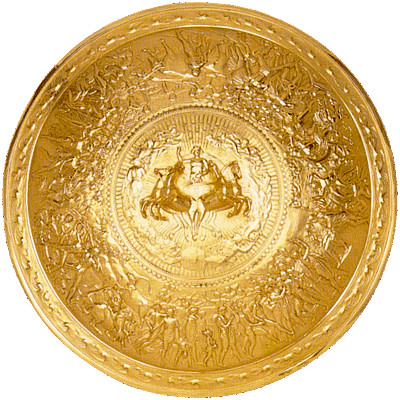 Traditionally, all great heroes have sacrificed one thing or another. The Greeks, being a very anthropocentric people who worshipped the power and ability of humans, created many great works of literature of heroism, Homer being one of these great writers. In his epic poem, The Iliad, Homer writes of many great heroes and warriors who would sacrifice everything to achieve kleos, immortal glory. One of these ideal, perfect characters is Achilles, a strong, ideal male warrior who seeks to do acts of justice. Achilles sacrifices much of his former personality characterized by arrogance and becomes a new person as a whole in order to fulfill the after-death wishes of his most cherished friend, Patroclus.

Near the beginning of The Iliad, after Achilles had been wronged by Agamemnon, Achilles has a deep-rooted antipathy towards Agamemnon and refuses to participate in battle despite the fact that the Greeks may suffer defeat without him. Despite being offered a load of gifts by “the shameless bastard,” Agamemnon, before the death of Patroclus, Achilles declines Agamemnon's gifts, implying that “they mean nothing” to him (Homer 140). As a result of the previous and still imminent avidity of Agamemnon, Achilles surmises he must repudiate this offer in order to retain his pride. With the gifts being the sole motive and having a myriad of reasons not to fight, Achilles refuses Agamemnon’s generous but egocentric proposal. Before the death of his dearest companion Patroclus, Achilles already recognizes his choice between either having his “glory” to be “undying forever” by fighting or to return “home” to his “dear fatherland” of Phthia (Homer 141). When confronted with the decision of not only whether to accept Agamemnon's gifts or not but also to choose glory or life, Achilles chooses to live as opposed to having glory because the death of Patroclus had not happened yet. It would only be when Achilles chooses life that his emotional and more circumspect side is revealed. Without the death of Patroclus, Achilles does not sacrifice anything for anyone and instead fumes at Agamemnon and acts selfishly.

In order to avenge the death of his dear friend Patroclus, Achilles swallows his pride. Upon hearing of the news of the loss of his “dearest friend of all,” Achilles claims he “killed” Patroclus (Homer 160). By pronouncing that he “killed” Patroclus, Achilles blames himself instead of Hector for the mishap and dishonors himself in doing so. Achilles, instead of accusing others and maintaining his respectable reputation as usual, denigrates himself. Wishing that his mother had not “married a mortal” and had not given birth to him, Achilles desires to “die now” and “no longer” possesses “the will to remain alive” (Homer 160, 161). By stating he does not want to “remain alive” anymore, Achilles reveals he does not have personal worth. Achilles no longer has self-respect but the complete opposite: outright humility. Although the “warlord Agamemnon” had “angered” him, Achilles decides to “let [Agamemnon's wrongdoings to himself] be, no matter how it hurts” and will “conquer” his “pride” (Homer 161). By giving in to Agamemnon “no matter how much it hurts,” Achilles decides to endure the abasement he will receive. In deciding to accept Agamemnon's gifts, Achilles relinquishes his dignity by releasing his grudges against the king and in illustrating that he is not above Agamemnon. Instead of saving face, Achilles chooses to endure his shame and seeks redemption for the death of Patroclus.

Despite the demanding nature of the king of Troy, Achilles shows respect and courtesy towards Priam, surrendering his hatred and contempt towards Hector to carry out the will of Patroclus. When he proclaims to Priam that his “son is released,” Achilles calls Priam “sir” and serves him “supper” (Homer 201). In doing this act of respect, Achilles is shown to revere the guest-host relationship between Priam and himself greatly, even using the honorific of “sir” and treating an enemy to dinner in order to be polite. Because Achilles is to respect Hector and to bury him, Achilles does not mistreat Priam. Despite Priam's imperative and somewhat rude dialogue of “show me to my bed now... quickly”, “let flaming wine pass down my throat”, and other instances, Achilles obeys Priam (Homer 202). Even though he is in a more powerful position, Achilles follows Priam's mandates without question, showing his reverence for the old man. This respect is rooted in Patroclus' message, further showing Achilles' sacrifice of his feelings towards Hector for the sake of his dead friend's will. Finally, Achilles consents to Priam's “armistice” – “to bury” his “Hector” for him (Homer 202). Compared to Priam's kissing of Achilles hand, this action is relatively insignificant as compared to the armstice in which Priam commissions Achilles to do, therefore the action was for a deeper reason – the realization of Patroclus’ wishes. After receiving the vision from Patroclus about Patroclus' real desire after death, Achilles realizes that the solution to avenging Patroclus' death was not by channeling his menis into the hating of Hector, but to bury Hector and have philotes towards Priam. By honoring Priam and sacrificing his deep emotions of hatred, Achilles carries out his dead friend’s wishes despite him not favoring the idea.

With the extreme motivation caused by Patroclus behind his back, Achilles sacrifices his entire personality for his dead friend, causing the tables to turn in the war and the peaceful mind of Priam. By renouncing his pride and recanting his ill feelings towards the warrior who had killed his best friend, Achilles fulfills the wishes of many and learns to have respect. Achilles, realizing that fate cannot be changed, chooses to fight and die instead of a less honorable death. In order to be a hero, some sort of sacrifice must take place, whether it be some money, a cherished belonging, or even life itself.

I made a 91 on this essay. To my standard, that is not good, but my teacher is very strict. I made one of the higher grades out of the grades I have seen. The third paragraph has been revised.

I may post more Iliad stuff in the future. Stay tuned.

I admit I've been really busy, juggling studying, programming, band, and all, but I will try to blog more.