The Greenish Xenolith -- the Strangest Superhero Ever 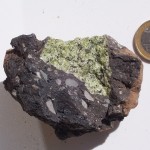 One day in GT class, we were assigned to create superheroes based on word stems that we were at the time learning. I created a very cliche one, Atmoman. He could control the atmosphere, make wind, etc. Other people created slightly weirder ones, such as Picoman, a superhero who is so tiny enemies cannot spot him. But one cannot even comprehend the unthinkable superhero -- one that is not even a superhero in most minds: the GREENISH XENOLITH.

What is a greenish xenolith, you ask? Let me quote Austin's almost exact words.

(In the background) Let's get this over with already...

My hero is called a greenish xenolith.

When a good guy steps on it, it teleports them.

When a bad guy steps on it, it blows them up.

The stem is "xeno" and it means stranger.

(talking to himself) That was ridiculous.

The greenish xenolith is a strange type of superhero. Why? It cannot move on its own. It cannot think for itself. It can only tell good from bad. How is that a superhero? According to Austin, because it kills bad guys, it's a superhero. By definition, a superhero is "a fictional hero having extraordinary or superhuman powers; also : an exceptionally skillful or successful person" according to Merriam-Webster. Does this fall into that category? Well let's see.

Yes, it's completely made up, and it is a hero because it saves good guys from bad guys.

...having extraordinary or superhuman powers.

Teleporting is superhuman, even though the greenish xenolith ISN'T human.

And a hero is:

A mythological or legendary figure often of divine descent endowed with great strength or ability.

It is a figure, technically. Yes it does have great ability.

So, it fits the definitions. Although it isn't what the public perceives as a "superhero", it still is one. Heroes do not always have to be human; they just have to do good things.

Here's a real-life picture of a greenish xenolith: 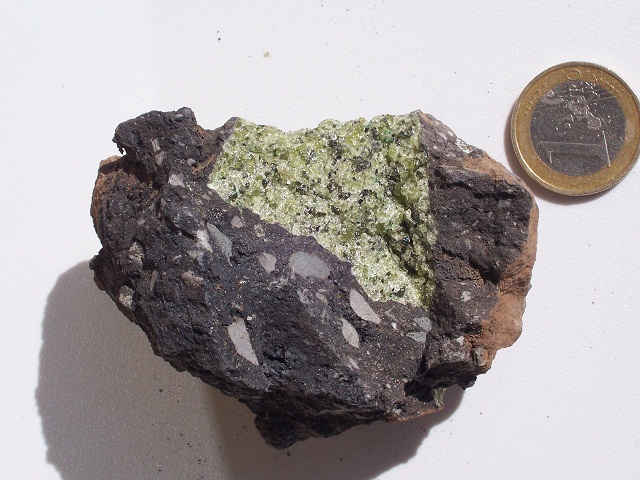 I'll post more about it eventually, once I can get a hold of the greenish xenolith comic. In the meantime, just wait!

So what do you think?

Is the greenish xenolith a superhero?