I was watching the news this morning and heard something about an "evil emperor" named Xenu. I decided to look it up on Wikipedia -- http://en.wikipedia.org/wiki/Xenu. On the news, he talked about Xenu being a supreme emperor of the Galactic Empire, and he brought the humans to Earth 75 million years ago in spaceships resembling DC-8s. We had to leave, so I looked it up here at school and I'll tell you the basic story.

75 million years ago, dictator Xenu of the Galactic Empire of 26 stars and 76 planets including Earth decided that his Empire was becoming overpopulated. (an average of 178 billion lived on each planet) He decided to bring some of his people to Earth in DC-8-like starships without engines to go and place them around volcanoes. 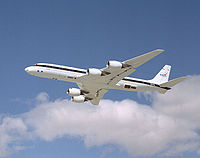 He would then place hydrogen bombs in the volcanoes and kill them. Then he would force the spirits (called "thetans") to watch a 3D movie for 36 days to teach them about God, the Devil, space opera (alien civilizations), etc. Then after watching this movie, they would gather in clusters and infect the humans that were still alive with these beliefs by means of using "body thetans" to go inside of people. Only scientologists can remove these body thetans.

A government faction called the Loyal Officers overthrew Xenu & Co. and locked him up inside of an electronic mountain trap (of which he has not escaped) believed to be in the Pyreenes. The cost for learning this secret in 1988 was $6,500. If you did not experience the benefits of this course, you were expected to take it and pay for it again.

This story (or fact claimed by Scientologists) is called "OT III - The Wall of Fire." Anyways, Tom Cruise bought into this stuff and a bunch of other people. Scientology is more like a business. This story very much seems like science fiction, so I don't know why people believe in this stuff. This Scientology cult is really weird. Don't get into it.